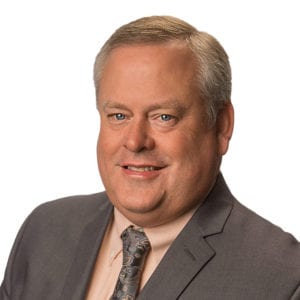 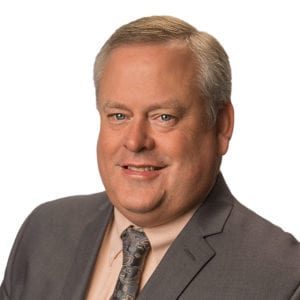 Brad joined Border States in 1989 as an Electronic Service Technician in the company’s Fargo, North Dakota, location. In 1992, he transitioned into a Utility Customer Service Representative role for the upper Midwest, including Minnesota, North Dakota and South Dakota. In 1995, Brad had an opportunity to relocate to Sioux Falls, South Dakota, and became an Account Manager serving eastern South Dakota, southwestern Minnesota and northwestern Iowa. In this role, he was integral in coordinating five utility alliance agreements with multiyear commitments. After 17 years as an Account Manager, he held the Sioux Falls Branch Manager position and a role as Utility Sales Manager for the company’s Northwest Region. He was named Vice President Northwest Region in 2014 and promoted to his current position in January 2021.

Brad joined Border States Officers Council in 2013. In his current role, Brad is responsible for strategy development, sales and marketing for the utility market, which includes electric utility, gas utility and communications.