It’s tough to miss Jeff Harrison on the scenic trails near his home in Phoenix, AZ. Just look for a leg-tattooed, stubble-bearded cyclist donning a rhinoceros t-shirt.

Harrison has been mountain biking for 25 years, surpassing 100 miles a week in 2010. The 47-year-old jokes his ever-increasing distance is the result of a mid-life crisis from age 40, but there’s more to the story. That rhino t-shirt is special.

One summer day in 2017, Harrison scrolled to a photo of an orphaned rhino calf standing next to its fallen mother after African poachers had swept through their region. The image of the endangered rhinos shattered his world – and sparked a new calling.

“My first thought was, ‘How can humans be this terrible?’” says Harrison, Border States Quotations Supervisor. “How could I just sit back and assume people are helping these rhinos?”

Around Thanksgiving, Harrison took to his Instagram page, renaming it Pedaling Against Poaching and tweaking his description to read, “Riding in AZ to raise awareness about the horrors of poaching rhinos.” Within two weeks, he went from having 10 followers to nearly 1,600.

“I originally thought, ‘How can a guy who’s in Arizona, who has to work a nine-to-five job, possibly help these rhinos?’” Harrison says. “Once I started seeing the strong social media response, it became easy to open people’s eyes to ways they can help. It’s infectious.”

During the rest of 2017, Harrison would go on to launch PedalingAgainstPoaching.com, establish an official 501(c)(3) nonprofit through GlobalGiving.org, and reach out to HelpingRhinos.org to partner with the Black Mambas, an unarmed, all-women anti-poaching unit that protects fenced-in rhino perimeters in South Africa.

“My goal is to provide support for these anti-poaching units who are the feet-on-the-ground,” Harrison says. “Poaching is down by almost 80 percent in their region.”

The Black Mambas also help educate others as to why rhinos are an important part of the ecosystem. Rhinos maintain the diverse African grasslands on which countless other species depend, according to the Journal of Ecology.

In the last decade, more than 7,000 African rhinos have been lost to poaching, according to SaveTheRhino.org. Their horn oftentimes holds a greater street value than gold.

The long ride ahead

With his online awareness network established and growing, Harrison has laid out a 2018 fundraising goal. He wants to raise $25,000 by biking 5,000 miles, the equivalent length of Africa, north to south. 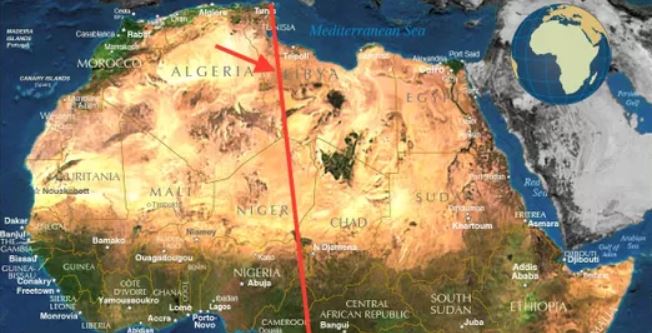 Harrison tracks his progress with a mobile app called Strava, which acts as a GPS tracking hub that lets users set up cycling and running groups. The Pedaling Against Poaching club has around 40 members who have collectively traveled 1,500 miles so far in 2018.

Harrison cares that his followers can easily track his progress, seeing which African villages he reaches in his virtual ride. After finishing a ride in Strava, he transfers it to another app called Relive, which then makes 3D videos of the ride using satellite images. The app also shares pictures Harrison took along the way, as well as his heart rate and elevation level. He then shares the whole ride on Instagram.

A group of Strava riders recently recognized Harrison out on a trail, and ended up riding with him for six miles.

“It’s really cool to help people realize their part in this effort,” Harrison says. “It all starts with awareness.”

Harrison was recently contacted by personal hero and professional mountain bike racer Richie Schley, who expressed interest in putting on a benefit ride and dinner at Living Desert Zoo and Gardens in Palm Desert, CA, where the founder of HelpingRhinos.org lives. Schley, a Canadian freeride pioneer, is partly known for his Red Bull challenges.

“Riding with Richie will be a little intimidating because a normal ride for him involves launching off cliffs. I already told him, ‘We’re going to have to tone the ride down,’” Harrison says with a chuckle, adding a few other professional riders have also expressed interest in promoting Pedaling Against Poaching.

Support that keeps the pedals going

Harrison is overwhelmed by the amount of buzz Pedaling Against Poaching has received from the social media community. He’s also thankful for his supportive co-workers, who he describes as his extended family.

“At Border States, people are instantly open to learning about your passions,” he says. “Employee-owners become interested when they see somebody doing something that’s helping the world.”

Click here to learn more about Jeff Harrison’s journey to save rhinos in Africa.