Linemen work in a very dangerous environment to construct and maintain our energy infrastructure. National Lineman Appreciation Day puts a spotlight on the dangerous and challenging lives of power line workers.

NSUJL is a 501(c) (3) nonprofit organization dedicated to assisting families of fallen or injured IBEW journeymen linemen, utility linemen, apprentice linemen, groundmen and operators. NSUJL believes that no brother/sister or their family is to be left behind. With this, NSUJL provides an array of services including financial, physical, emotional and scholarship assistance.

In conjunction with National Lineman Appreciation Day, BSE is helping Hubbell Power Systems and Tytan Pictures by promoting the release of “Storm Soldiers II”. This video highlights the hard-working Americans who work in the electric utility industry.

Storm Soldiers II is the second installment of the Tytan Pictures project examining the lives and careers of the brave men and women who work in America’s electrical utility industry. In partnership with Hubbell Power Systems and Chance Lineman Grade Tools, Storm Soldiers II showcases the hardworking Americans who work in the industry. This story is about the linemen and the industry’s impact on their lives and families. Juxtaposing the linemen at home against their work and how their families see their jobs, Storm Soldiers II also documents what it’s like for linemen to work in dangerous and extreme conditions. Linemen often arrive to disaster scenes before first responders in order to ensure safety for rescue crews and help restore infrastructure. With a dynamic look at the struggles and triumphs of bringing electricity to communities, the film follows the linemen home to see their families’ reactions to their work and the impact the chaos has on both environments. These men and women represent the over 100,000 linemen in America who work without complaints or excuses. 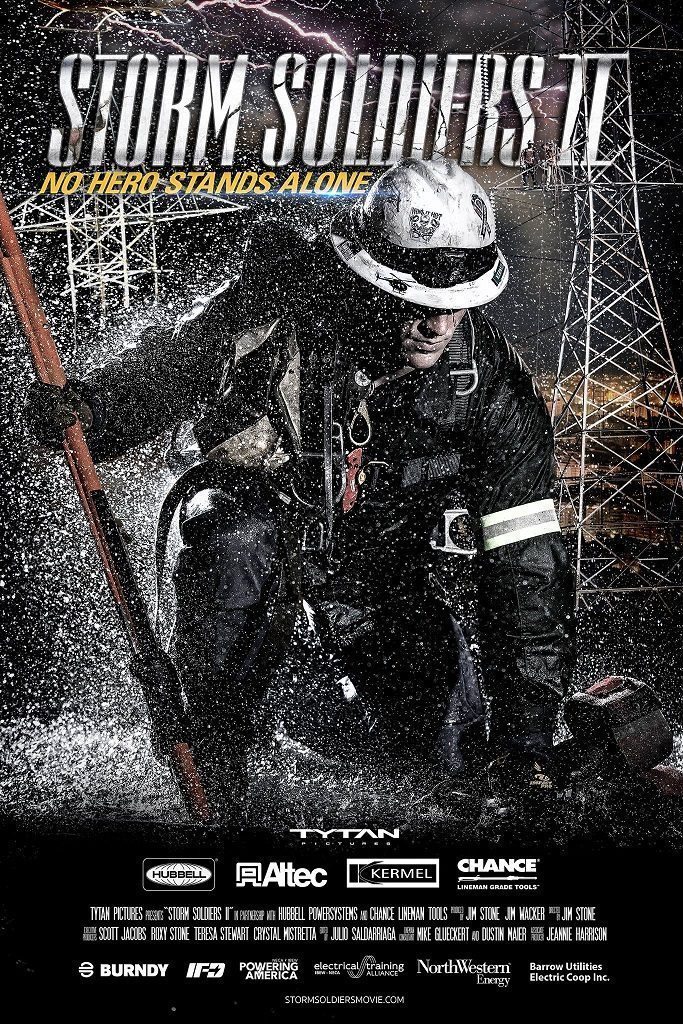 This award-winning movie is a tribute to the men and women who put their lives on the line and even though only one day is nationally recognized, we #ThankALineman every day.