FARGO, ND – On April 28, Border States employee-owners will be among the volunteers helping the American Red Cross install nearly 1,000 free smoke alarms in homes across the area of Fargo, Moorhead, West Fargo and Casselton.

Originally scheduled for fall 2017 but moved due to the massive impact of multiple hurricanes, American Red Cross’ Sound the Alarm event will run 9 a.m. to 1 p.m.

Staff and volunteers will partner with members of the local fire departments to install smoke alarms, replace batteries in existing alarms, and share lifesaving fire safety information with residents.

“Border States is committed to giving back to our communities,” says Jason Stein, Border States Executive Vice President of Sales and Marketing. Stein also serves as Chairman for the Dakotas Region of the American Red Cross – serving North Dakota, South Dakota and northwestern Minnesota. “I’m proud to work for a 100 percent employee-owned company that not only donated smoke alarms and batteries in support of this nationwide event, but more importantly encouraged employee-owners to share their time and talent in the communities where we live and work.” 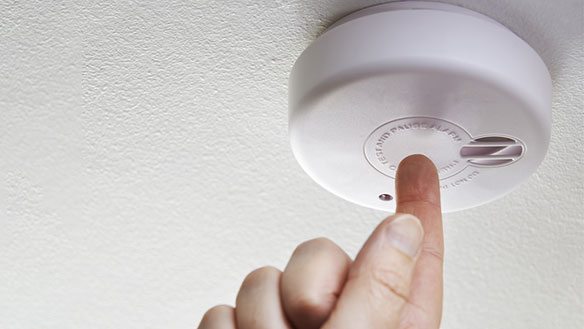 Part of the Red Cross’ Home Fire Campaign, Sound the Alarm was launched to help save lives. Across the country, nearly 400 lives have been saved since 2014.

Learn more about how you can support Sound the Alarm.

Sound the Alarm. Save a Life.

"Without the sound of a smoke alarm, she may never wake up."From April 28-May 13, the American Red Cross is installing 100,000 free smoke alarms in 100+ cities across the country. Go to SoundTheAlarm.org to learn how you can help #EndHomeFires.