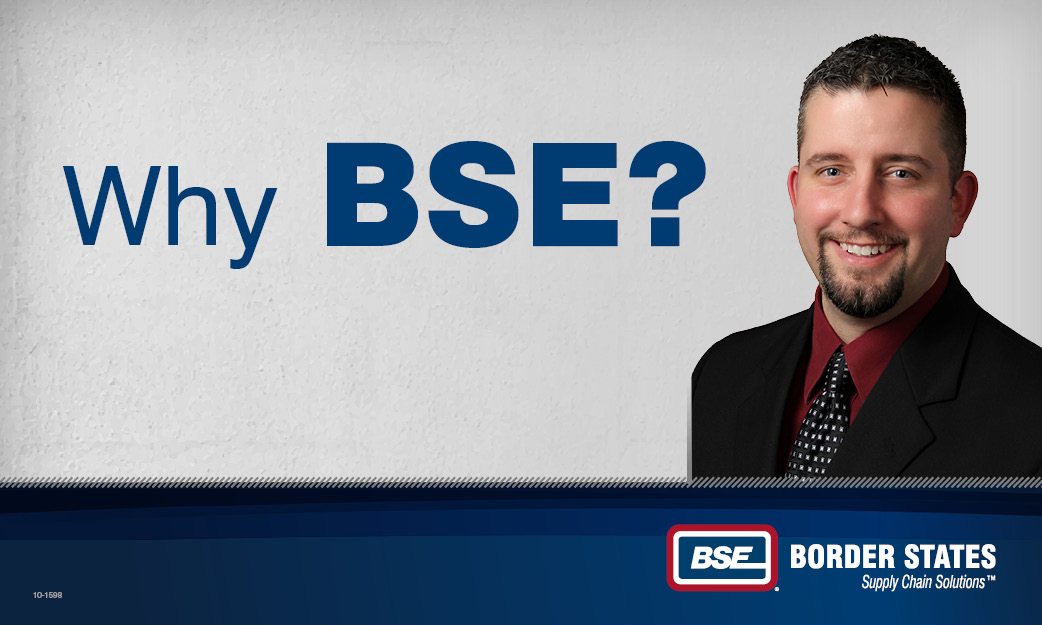 Be part of a great work family

During Nick Webster’s first tour in Iraq, camaraderie within his unit meant everything. Today, the same holds true with his fellow employee-owners at Border States.

“We have a tight-knit group here,” says Webster, Border States Warehouse Supervisor in Eau Claire, WI. “I never really had this kind of workplace support before joining Border States three years ago.”

Webster enjoys the friendly rapport he and his co-workers share. They like to razz one another, which makes work light and fun.

Additionally, each day presents new objectives and priorities for Webster. If a storm knocks the power out, his team mobilizes to help provide material to get the lights back on. If a large order is placed, everyone comes together to deliver on time.

These positive challenges have helped Webster grow, both personally and professionally.

“You’re not just sitting in a mundane job that involves the same thing over and over again,” Webster says. “You’re entrusted and empowered with responsibilities that make a difference in the communities around you.”

Border States is a company that invests in its people. There are many opportunities for career advancement here.

Webster initially got his feet wet as a Border States Warehouse Lead, and his managers quickly agreed he was capable of bringing new ideas to the table and taking on more responsibility as a supervisor. Two years in, the promotion was his.

In his new role, Webster has helped implement new practices that have increased efficiencies – and promoted safety.

“I’ve been really happy with the support from supervisors and executives at Border States,” Webster says. “I’ve seen people work their way up from the warehouse to office positions. This company cares about you and your success.”

Originally from Altoona, WI, Webster studied supervisory management at Chippewa Valley Technical College in nearby Eau Claire. From there he joined the military, serving in the Wisconsin Army National Guard for almost 19 years, which has included two tours in Iraq.

Border States has supported Webster as he’s served his country. When Hurricane Irma struck Florida in 2017, Webster’s battalion was called to respond at a moment’s notice.

“My supervisor was like, ‘If I was living in Florida, I would want you to travel down to help, too. We’ve got you covered,’” Webster says.

Webster’s convoy was called back to Wisconsin half-way to Florida, and in the following weeks provided logistics support from afar.

“It’s just a really good feeling to know that Border States was behind me when duty called,” Webster says.

Border States is a 100 percent employee-owned company, which means Webster and his colleagues share in our collective success and can help make decisions that shape our future.

“This is the first company that’s ever offered me an employee-stock-ownership plan (ESOP),” Webster says. “After seeing those financial returns, it’s a benefit that makes you want to stick around.”

Looking back, Webster is glad he took a chance on Border States.

“This is a company that you can grow with. It’s a company that doesn’t just offer you a job – it offers you a career,” he says. “It becomes a positive part of your life.”

Why BSE? Find more than a job