Why BSE? Create a legacy 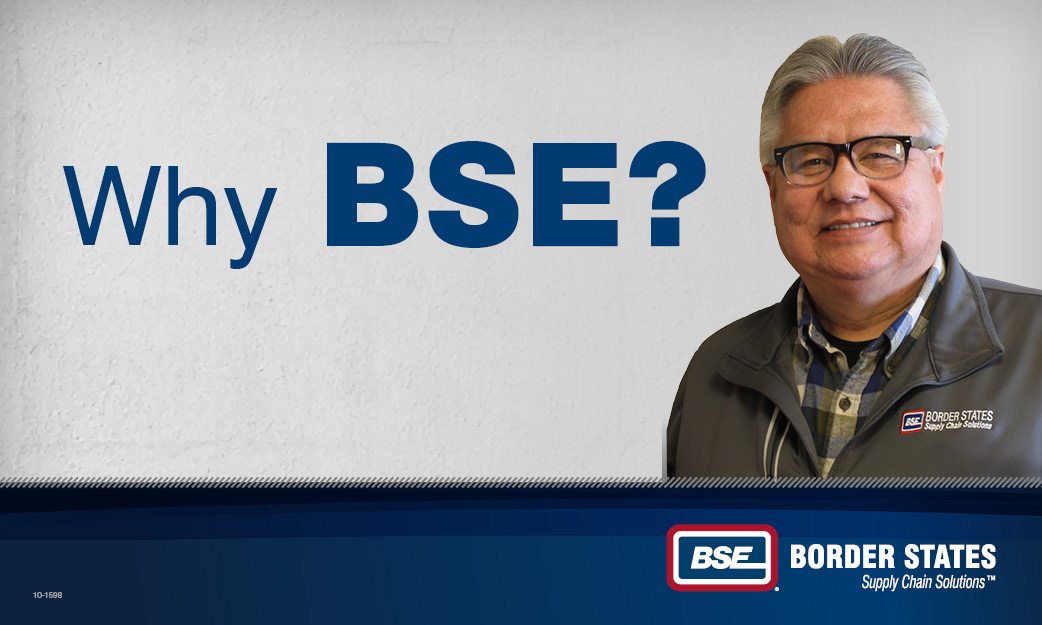 Your talents are valued

A 14-year employee-owner at Border States, Chuck Brien never imagined he’d get an opportunity to leave his creative footprint on 50 warehouses across the country.

“I invented a device that allows employee-owners to respool wire from damaged reels by using a drill, and now a number of Border States warehouses are using it,” says Brien, Border States Warehouse Supervisor in Grand Forks, ND, the first branch location in the company’s nearly 70-year history. “This company is so open to new ideas and finding innovative ways of doing things.”

Art and creativity seem to run in Brien’s family, which is mostly of Chippewa descent. A younger brother who designed University of North Dakota’s previous Fighting Sioux logo, a 14-year-old granddaughter who rated “superior” in a recent singing competition, and a father who launched the first-ever Native American radio station in our nation’s history, just to name a few.

Not to mention that Brien, a former art teacher at Grand Forks Public Schools, is also skilled in ironworking and avian photography, and plays the mandolin.

“In the Native American culture, if you have time, you do artwork,” Brien says. “It’s engrained in us, to a certain extent.”

A culture of support and mentorship

Brien appreciates the atmosphere of fellowship at Border States.

“What I love about working at Border States, especially in Grand Forks, is the family, the history, the people here – we all get along so great,” he says. “It’s almost like everybody knows what everyone is thinking here. That culture of togetherness is something I appreciate.”

Additionally, there are many mentorship opportunities within the company. Supervisors care they successfully establish career-pathing for their employee-owners.

“The mentorship at Border States is amazing. My manager has definitely supported my team and I,” Brien says. “If I don’t have an answer, it’s pretty darn easy to get one in this company. People are more than willing to help you out.”

Many applicants are drawn to Border States because of the company’s 100 percent employee stock-ownership plan (ESOP).

“The reason I’d recommend Border States to anyone is the ESOP,” Brien says. “If you work here long enough, and you work hard, your ESOP will not only help you, it will help generations of your family.”

Brien says the financial benefits of being an employee-owner have allowed him and his wife to travel. He also appreciates the other benefits Border States provides, such as dental and vision insurance.

“These are some of the best benefits you’ll find anywhere,” he says.

Advance your career, create a legacy

Ultimately, Brien says working with great people is his favorite part of the job. Border States is a place built on camaraderie and mutual respect – and the company supports everyone when it comes to career advancement.

“If you want to advance in your career, this is the place to do it,” Brien says. “You can go from being a warehouse worker to running the darn place if you work hard enough. You can reach any goal you want here because Border States gives you the opportunity.”

Why BSE? Everyone plays an important part