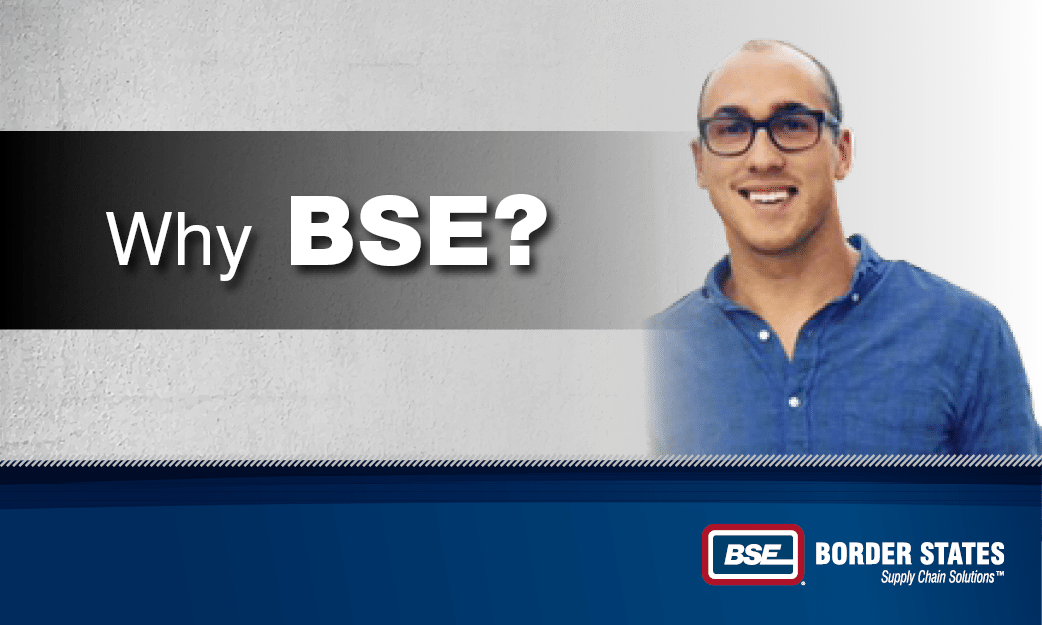 Work hard and have fun

“Do what makes you happy.”

Mac Doyle says that’s something that’s become a reality since he joined Border States in fall 2016.

For Doyle, being happy at work means taking the initiative to learn and grow professionally. It’s that mindset that landed him on tED Magazine’s 2017 “30 Under 35” professionals list, which recognizes rising stars from across the electrical industry.

For example, starting on June 19 he took part in a week-long group training session on Border States’ centralized operating system.

Own your success and bring value through learning

Doyle, an account manager, wasn’t the typical candidate to attend the training, but he saw it as an opportunity to challenge himself and bring additional value as an employee-owner. He cared about bringing key points back to his Border States team in Raleigh, NC.

“I threw my name in the hat with this training because I love knowing as much as I can about every aspect of our business,” Doyle says. “It’s tremendous that Border States offers training to support that.”

Doyle and his colleagues were among those welcomed into the Border States family when North Carolina-based Shealy Electrical became a division of the company in August. Once a group of five, his team is now made up of 20 employee-owners. Border States is a company that is growing, and employee-owners like Doyle are shaping our future.

“It’s been my career focus to be the best I can be in whatever I’m doing,” he says. “When you have that mindset and act it out, it’s easier to get the folks around you on the same page, working to achieve the same goals. The engagement factor goes up tremendously once you show that ownership.”

Every day is a little different for Doyle, but his primary focus is visiting existing customers and trying to find new ones in surrounding areas. He lives the mission of Border States, which is to provide innovative product and supply chain solutions to the construction, industrial and utility enterprises.

Doyle’s work schedule still allows him to do other activities he enjoys, which he says is imperative to a healthy, successful career. In his free time, he enjoys golfing, playing hockey and traveling with his girlfriend and their dog, Callaway.

Be part of a culture that delivers

Doyle says Border States puts together great teams. Whether it’s volunteering in their communities or contributing to internal think-tanks, the company provides fun opportunities to make a difference in the communities surrounding its 95 locations in 18 states.

“When asked about why Border States is a great place to work, some people might jump to the aspects of being an employee-owner from the ESOP (employee stock ownership plan) financial standpoint,” he says. “While that’s an amazing benefit, the people I work with on a day-to-day basis are what truly make this an awesome place to work.”

Doyle is part of a great team that is shaping the future – through new ideas, state-of-the-art technology, service excellence and more.

“I definitely have big aspirations and I do my best to get as involved as possible because I believe that will set me and my colleagues up for future success,” he says. “It’s cool to work for a company you’re proud of.”