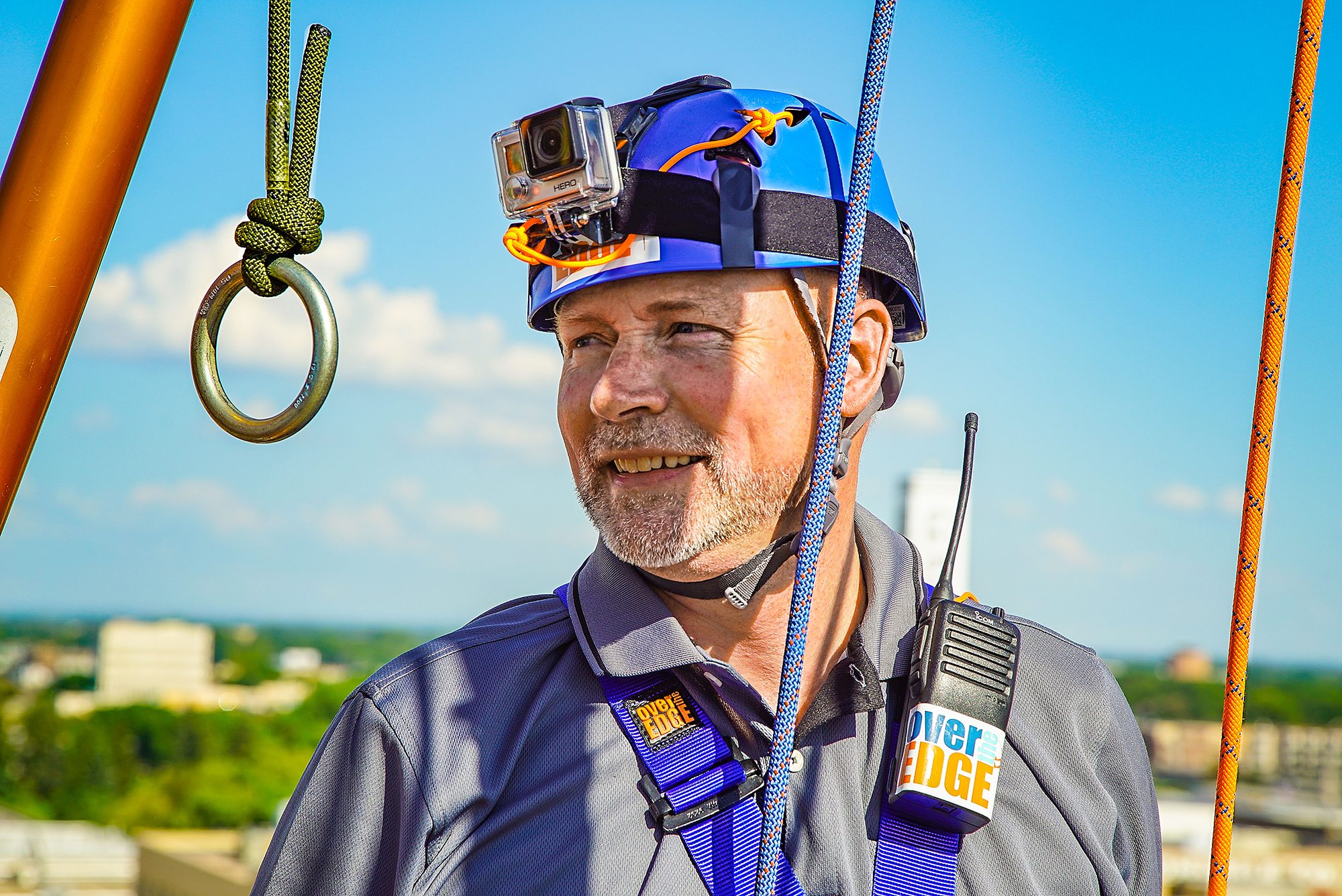 Dave Ferguson doesn’t always hang from 110-foot buildings. But when he does, it’s to raise money for at-risk youth in his community.

On Aug. 11, the Border States supply chain services manager participated in North Dakota’s first-ever Over the Edge event at the Black Building in downtown Fargo. Over the Edge is a company that partners with non-profit organizations across the globe to host events where participants raise money for local charities by rappelling from tall buildings.

Each participant must raise at least $1,000 to go over the edge. Ferguson and his co-workers raised nearly $2,000 for CHARISM, which assists low-income families in Fargo and the surrounding area.

Ferguson adds that he appreciates the fundraising support from his fellow employee-owners, the local Rough Riders Kiwanis Club (for which Ferguson serves as president) and others. He was especially happy to be welcomed by those people when his feet touched the ground.

Interested in donating to Dave’s Over the Edge fundraising page? Click here. All donations are 100 percent tax deductible.