Employee-owner’s nephew focus of PTSD film, ‘Thank You for Your Service’ 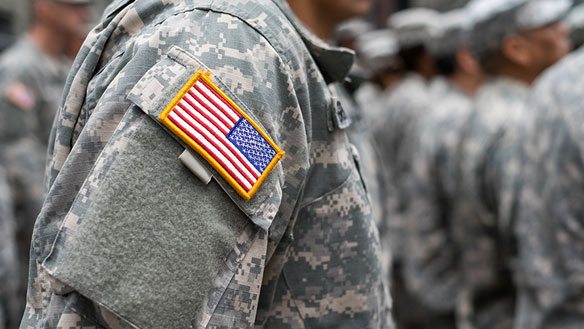 It’s a phenomenon shown in “Thank You for Your Service,” a film that premieres nationwide the week of Oct. 23. It’s a true story about U.S. soldiers returning from Iraq, the challenges they face with post-traumatic stress disorder (PTSD), and the flawed system that addresses it.

The movie’s central character is Adam Schumann, who is the nephew of Jon Axtman, Border States Digital Strategy Manager. Schumann is portrayed by Miles Teller in the film, which was directed, written and produced by Jason Hall, also known for directing “American Sniper.”

Schumann lives in Minot, ND, and was instrumental in script writing, filming and soundtrack production. Filmmakers recorded his marching cadence as part of a track sung by Bruce Springsteen. Additionally, the veteran helped develop the book version of “Thank You for Your Service,” written by David Finkel.

“I would encourage folks to give the movie a try,” Axtman says. “It’s a topic close to me, and one that I hope more Americans begin to understand as our veterans continue to struggle with PTSD.”

Read more about Schumann in a story published by the Washington Post.