Why BSE? We build future leaders 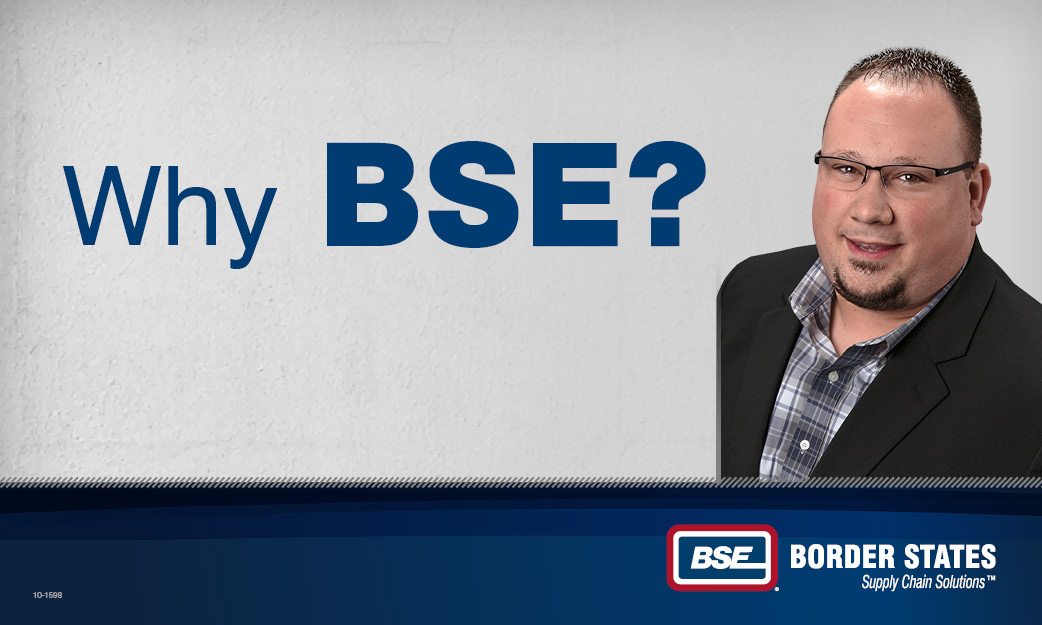 When Jesse Taylor joined the Border States family, he brought a wealth of industry knowledge – and a die-hard love for college football.

“You can’t be from Nebraska and not be a Huskers fan,” Taylor says with a chuckle. “It’s in your blood.”

The same could be said about employee-ownership. It becomes a part of you, and is a fun and positive culture that’s hard to leave.

“Border States doesn’t have a corporate feel, where you’re just a number. People are interested in you as a person, and your insight is valued,” Taylor says.

Taylor, his wife and their two young girls had to move for his new job. Border States made the process easy.

“Border States’ Human Resources department was amazing to work with,” he says. “It was a seamless transition.”

On Taylor’s first day at Border States, he enjoyed going through the company’s welcoming initiative for new hires.

“The onboarding experience I had with Border States was the best I’ve had with any employer,” he says.

Grow within the company

“Border States believes in investing in its employee-owners, which leads to professional and personal growth,” Taylor says. “It’s great to have earned a position that allows me to share my expertise across multiple areas.”

Taylor, who attended South Dakota School of Mines and Technology in in Rapid City, also appreciates that Border States itself is growing. He says it’s because the company listens to its employee-owners, providing them with necessary tools and training, and encouraging them to become actively engaged in various initiatives.

“It’s pretty neat to work for a company that’s employee-owned,” Taylor says. “I do feel like I have a voice here.”

Taylor appreciates that Border States is flexible with scheduling, and that the company understands family comes first.

He and his family enjoy a healthy social and recreational life outside of work, enjoying activities like rodeos, fishing, hunting and – of course – traveling back to Nebraska for Huskers games and visiting extended family.

“The work-life balance at Border States has been absolutely incredible for my family,” Taylor says.

Easily engage with employee-owners at all levels

Taylor enjoys great camaraderie with his immediate co-workers, and says it’s easy to talk with managers and executive leaders. Everyone enjoys interacting during events like parking lot BBQs and the annual Hacker’s Golf Tournament in Fargo, ND.

Border States also makes it easy for employee-owners to volunteer in their communities and support charitable causes that matter to them. Giving back is paramount here.

“The interaction is great,” Taylor says.

He also appreciates the strong level of transparency at Border States. The company recently brought in outside experts to implement an employee-owner survey as a pulse check of sorts for measuring workplace happiness within the company. The company then shared the results and follow-up action items with employee-owners.

Employee-owner opinions are valued, and Border States is always striving to be better. At the end of the day, Taylor is excited to continue growing in his career.

“If you’re looking for an opportunity to grow personally and professionally, you’ll definitely find that opportunity at Border States,” he says. “The company looks for future leaders, which makes it a great place to work.”